The varsity letter winners from this fall’s athletic teams demonstrated the value of education-based athletics with an outstanding performance in the classroom during the 1st quarter of the school year.  116 athletes earned varsity letters and the average GPA for the quarter was 3.62.

Congratulations to our athletes who not only performed well in competition this fall but also excelled where it matters most – in the classroom! 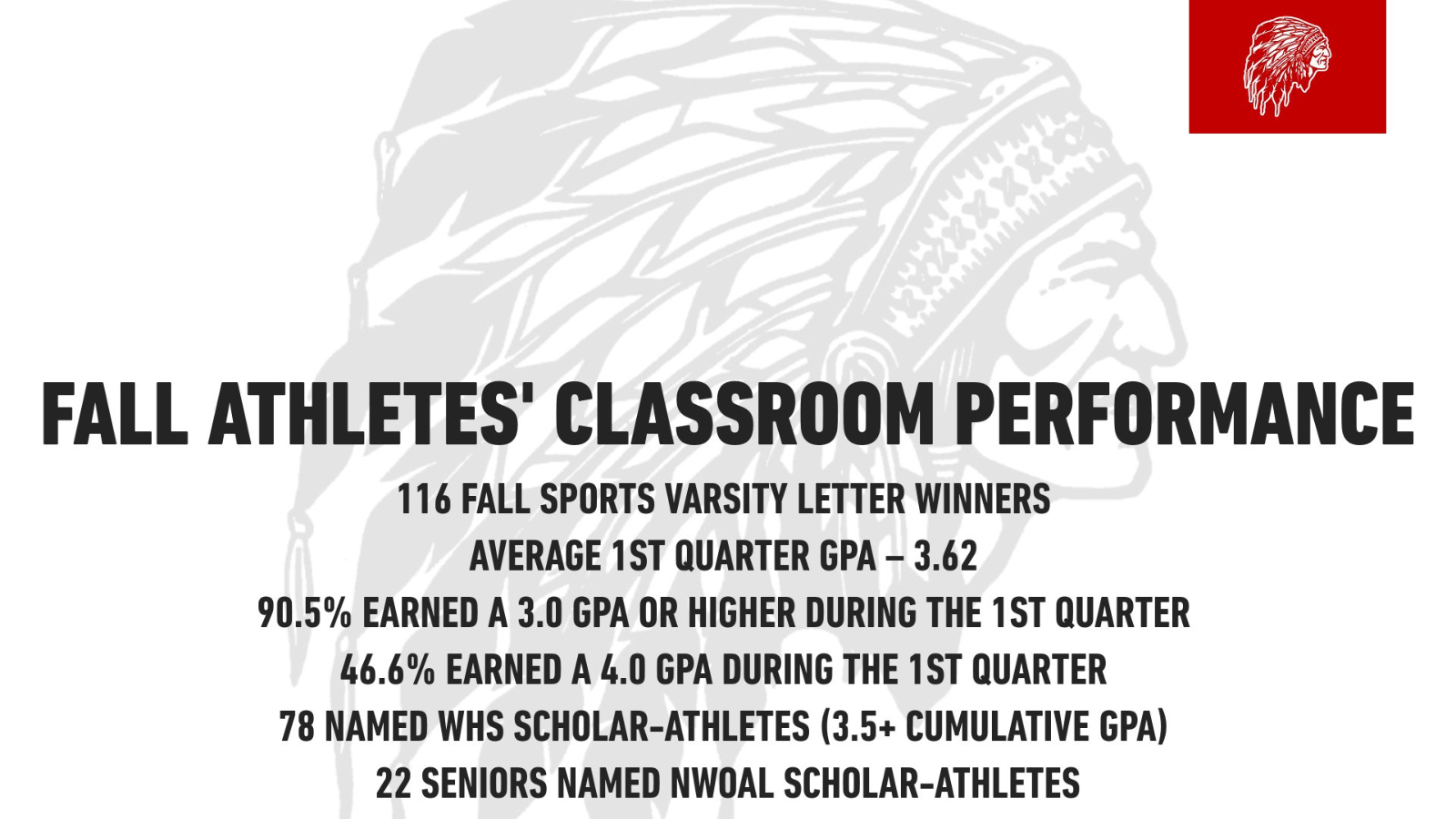