Sydney Zirkle and J.T. Hutchinson have earned a rare trifecta for Wauseon High School.  They were class valedictorians as a result of maintaining a 4.0 GPA for their high school careers.  The head coaches at WHS selected them as the Sterling Award winners for their outstanding athletic ability, leadership, and their total contribution to the Wauseon High School athletic program.  Additionally, the two scholar-athletes were selected by the scholarship committee to receive the Athletic Scholarship worth $750 toward furthering their education.

Sydney was a 4-time District track placer in the shot put and discus.  She earned all-District honors twice in basketball including 1st Team recognition in 2020.  She was selected Honorable Mention all District in volleyball.  She was a 5-time placer at the NWOAL track championships.  Earned NWOAL honors in basketball for 3 seasons including 1st Team honors in 2020.  Twice she earned NWOAL honors in volleyball.  She received numerous team awards in all three sports and was named the track MVP for field events in 2019 and the volleyball offensive team MVP her senior year.  Sydney earned 10 varsity letters in her four years at Wauseon High School.

Sydney was a class valedictorian as a result of her 4.0 GPA and will be attending the Ohio State University in the fall to major in nursing.  She is the daughter of Dan and Chris Zirkle.

J.T. was also a class valedictorian maintaining a 4.0 GPA and will be attending Syracuse University to major in film production.  He is the son of Matt and Joy Hutchinson. 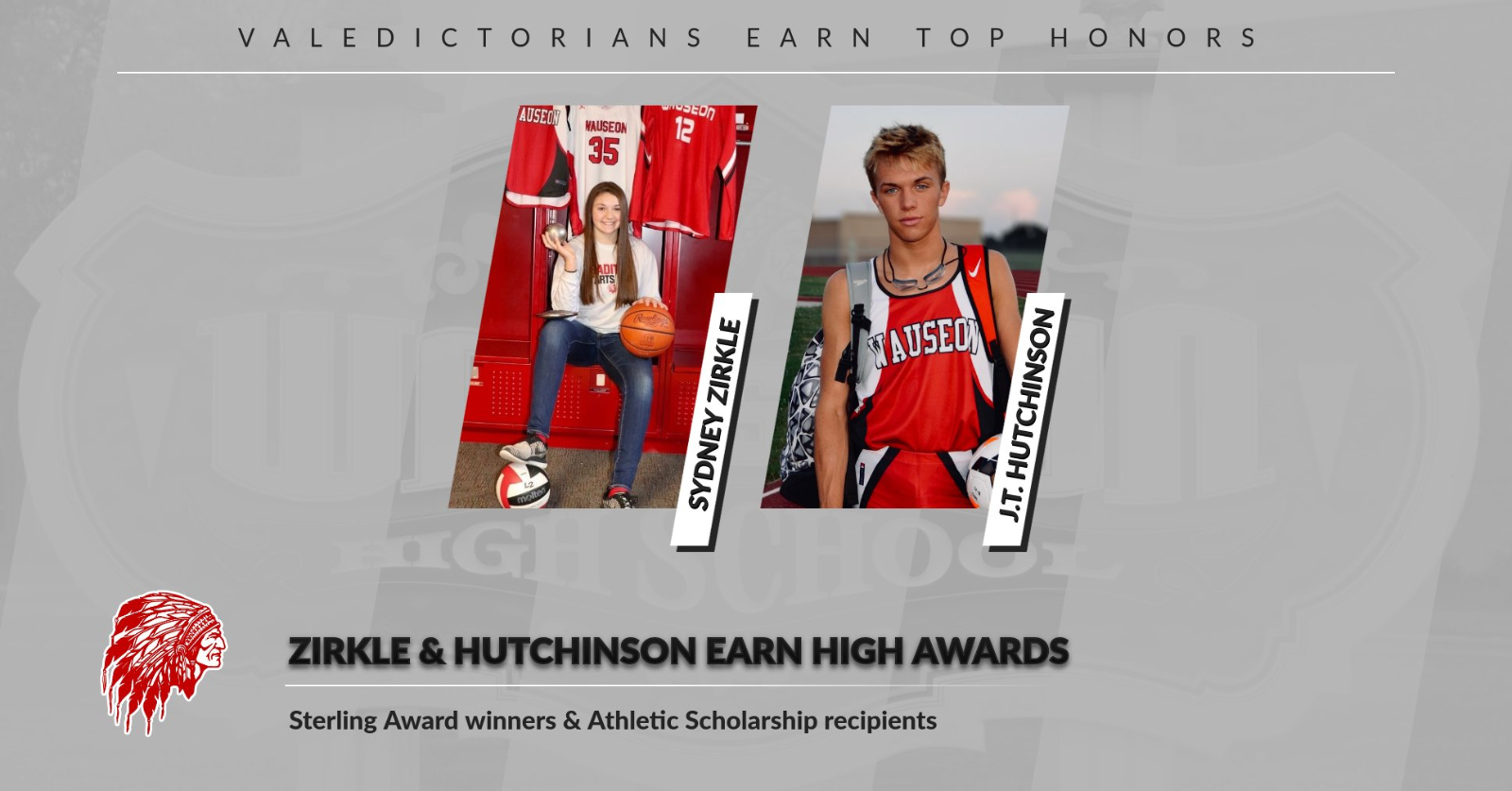