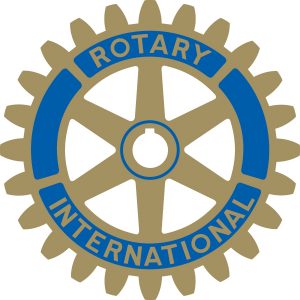 Tuesday, September 26, Wauseon High School will host the inaugural Fulton County Cross Country Invitational at Homecoming Park.  A portion of the cross country course will utilize the recently developed Indian Hills Trails.  Indian Hills Trails is one of the latest community projects from the Wauseon Rotary.  Their time, efforts, and financial contributions have made Indian Hills Trails a wonderful venue for the citizens of Wauseon to enjoy.

High School Cross Country teams from Archbold, Delta, Evergreen, Pettisville, and Wauseon will compete at the meet.  There will also be a 2-mile “Fun Run” open to any person of any age following the HS races.  This will provide community members a chance to experience the trails as part of a run. 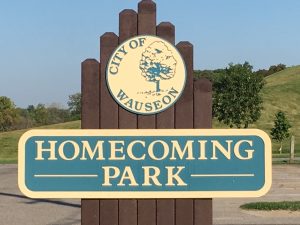 The schedule of events at tonight’s Invitational are as follows:

4:45 – Rotary ribbon cutting at the entrance to the trails

Parking off of Lawrence Avenue will be limited to those who have been provided parking passes or those people who have a handicapped placard.  Nearby businesses have been gracious enough to permit event parking for the event.  Parking may occur at Sara’s Garden, New Horizons Academy, Wauseon Rollercade, and Joe Newlove’s Store Ports facility.  If parking in the nearby neighborhoods, please be sure to respect people’s property.

Below is a copy of the press release from the Wauseon Rotary:

September 25th, 2017 (WAUSEON, OH) The Wauseon Rotary Club will be hosting a ribbon cutting as they officially open up their newest project “Indian Hill Trails” to the Wauseon Community on Tuesday, September 26th at approximately 4:45pm. The ribbon cutting will precede the Inaugural Fulton County Cross Country Invitational which will start at 5:00 p.m., and feature teams from Wauseon, Archbold, Pettisville, Delta, and Evergreen.
When: Tuesday, September 26th, 2017 at 4:45pm
Where: Indian Hill at Homecoming Park, Wauseon, OH
715 Lawrence Ave.
Wauseon, OH 43567
“We are excited to be able to officially open up the trails to the community right before the start of this unique and important cross country meet hosted by the Wauseon Cross Country team,” notes Rotarian and Project Chair Tom McWatters.  “From the very beginning, one of our goals was to ensure that the perimeter paths could be used by Wauseon’s cross country team to host home meets at Homecoming Park”. The cross country team, particularly coaches Joe Allen and Tom Vernot, have been important partners with the Rotary Club in the design and construction of the initial perimeter trails, notes McWatters. The cross country team has already hosted one meet at Homecoming Park, featuring the new trails, this fall, and will host a fourth meet in October – the NWOAL league meet involving eight teams.
History:
The trails, located adjacent to Homecoming Park in Wauseon, will feature passive walking routes through undisturbed wooded wilderness in the area commonly known as Indian Hill.  The initial perimeter trails consist of a .43 mile path in the north woods (12 acres), and a .70 mile trail in the south woods (19 acres).  The two paths are connected by a 60 foot wide corridor .10 miles long. The locally well-known “Indian Hill” itself is located in the south woods, which is also said to house Fulton County’s largest Buckeye tree. Upon completion, these trails will be open to the public.
McWatters notes that there are several phases of the project with the first phase nearly complete with tree removal, initial perimeter path creation, and some basic wetland/water management. The following phases of the project will continue through the remainder of the year and subsequent years which include continued removal of trees, additional path work, wetland management, attention to historical, botanical, and wildlife aspects of the woods, and aesthetics with benches and signs. “We hope this is something that our community, surrounding communities and visitors will enjoy.”
This project is just one of many significant projects that the Wauseon Rotary Club has contributed to the Wauseon Community throughout the years. Other projects, such as the Dorothy Biddle Park Sports Complex, Rotary Pond and Shelter House, Homecoming Park and Legion Pavilion have been supported by Wauseon Rotarians and the community through their Annual Auction, which will be held on October 29th, 2017 at Spangler Arena at the Fulton County Fairgrounds. The club also serves to financially support the eradication of Polio worldwide through the Polio Plus program, as well as many other programs.

The Wauseon Athletic Department and the Wauseon Cross Country teams would like to thank the Wauseon Rotary for their contributions to our community and providing our runners an outstanding venue to compete in Wauseon.
Here is a time-lapse video of the trails in the north woods:
My Movie 1.mp4
Indians Official Sponsor

No Events This Week

Events are added by athletic staff.
View All Events